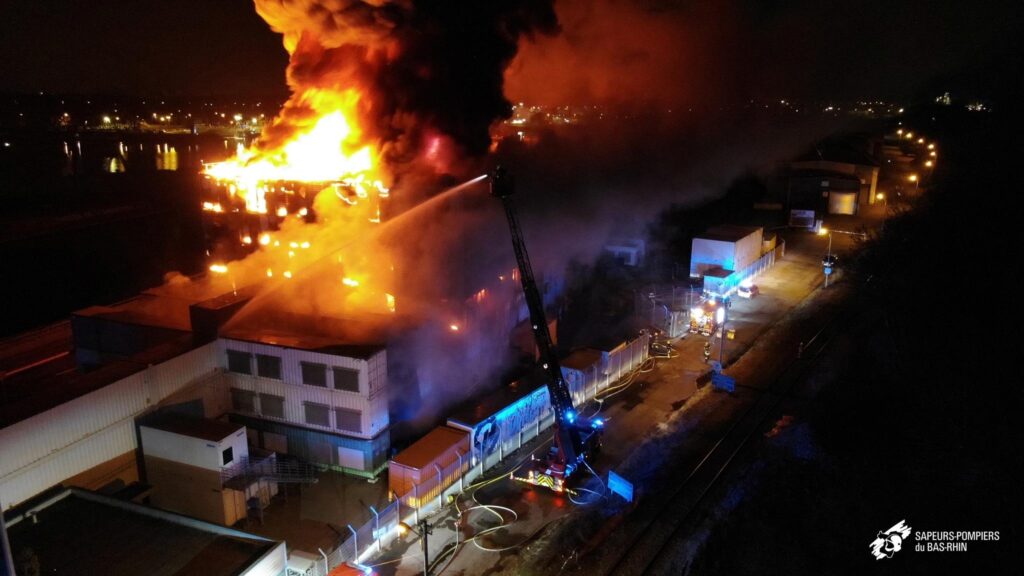 This Wednesday, March 10, 2021, at 12:47 am, a major fire destroyed the data center where our European servers are hosted. These servers host around 30 websites of different anarchist associations, including 10 sites linked to our network.

One of our main server was completely destroyed during the fire.

About a hundred firefighters immediately intervened on the site to protect the teams and limit the progress of the fire. They thus proceeded with the complete isolation of the site and its perimeter from 2h54.

At 4:09 a.m., the fire destroyed SBG2 and continued to pose risks to nearby data centers until firefighters took full control of the blaze. SBG1 has been partially destroyed and it is in this building that our servers are. Since 5:30 am, the site has been inaccessible to data center teams for obvious security reasons, under the supervision of the prefecture. The fire is now contained.

We are relieved that no injuries are to be deplored, neither among the data center teams nor among the firefighters whom we thank for their exemplary mobilization.

As for the sites hosted on our servers, the technical team is working hard to restore the backups and migrate to another data center, because the electricity is still cut at SBG1 and the DC will not be operational for at least another 10 days.

The advantage of partnering with No Gods No Masters coop gives us technical and financial resources that most sites do not have, including the advantage of having a DRP (Disaster Recovery Plan). Our DRP was immediately activated within hours of the start of the fire. This plan included weekly offsite backups to prevent data loss, as well as other servers distributed in strategic geographic locations, allowing us to get back online relatively quickly. Without this plan, all data would have been lost and the forums would be gone forever – unfortunately, this is the situation of millions of other sites that were hosted in the same data center and had no DRP planned.

We hope the sites will be back online by the end of the week.